skip to main | skip to sidebar

Ahhh...another year of red, blue and green stickers behind us! The team here at MRG has put together the list of finalists for the IMA's!! Turns out, this year was more difficult than we could have imagined...hours of sitting around a table debating vocals, instrumentation, a bridge or who gets the last drop of coffee and Chips Ahoy. After discovering some pretty dope, up and coming, indie artists and falling for some new genres of music for my ipod library (seriously thinking of dropping e and going clubbing) we are all ready to dive back into our personal playlists.

Some of my favs from this year:
Pop/Rock:
Joel Plaskett Emergency- The "Fashionable People" track they entered is wonderfully poppy
The Parlotones
April Smith I love her, she's playing Blender Theatre 12/21 and NJPAC 1/24
The Redwalls (they are pretty mainstream now I think...but indie nonetheless)
Val Emmich (who submitted again, he is super poppy and won last year for this video
made an appearance as the gay hottie on 30 Rock (new episode tonight!!) and he's on Ugly Betty now....saw him live, he made us uncomfortable, but he's good. He's really pretty....in a gay way)
The Swimmers (Anyone on the Mad Dragon Record Label is great Indie Rock)
Elephone (wowza...the singer is the guy from Monster Squad!!)
Born Ruffians
BlueJuice
Fancey (album name = "Shmancey") <---- so clever =)

Rap/Hip-Hop:
Casual Projects The video for "Move Along" is weird...I want to make a music video


El Guante
Entell- My brother Sean would LOVE them! I will have to let him know, but he's busy getting married this weekend!! =)
Sweatshop Union They are from Canada...but they are REALLY good!
Wondur of Dynamic Vibrations

There are plenty others (in tons of other categories) you can discover for yourself....If you're really into it, you can check out the video finalists, (highly recommended), album finalists and design finalists!


Check out ALL the finalists & vote for the 2009 Independent Music Award Winners here
Posted by Tricky Mayan at 9:18 AM No comments: 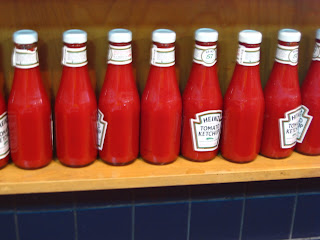 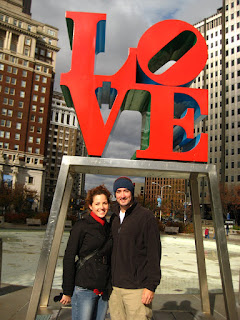 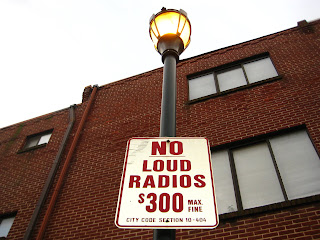 Photo shoot ----> http://www.flickr.com/photos/26613558@N04/
We headed to the 2hr set after hanging out at a blue-collar (absolute shit) tavern called Oscar's. Electric Factory is cool....typical...it was over a highway far removed from any local watering hole (and quite a ways from our hotel when it was POURING after the show), but it was intimate, plenty of vodka in their mixed drinks, the sound was perfect, the backdrop lighting was awesome (similar to the white lights in the "On Call" video) AND it smelled like delicious, dingy beer basement to boot so I give it an A-.

KOL....Drinkin' and smokin' on stage.....they really are the epitome of rock stars! Totally full of themselves and they are so deliberate when they lean their heads back to chug their beer bottles and intentionally blow huge clouds of smoke from their cigarettes in the same fashion. The drummer showed off his ability to play his drums while making perfectly round, pink Bubbalicious bubbles (what a show off). The backup vocals were my favorite part...that, and the even MORE mellow, MORE painful, BLEEDING version of Cold Desert.

Caleb moved away from the mic occasionally to rock with the band, spitting on stage every chance he got. He came to the front of the stage to hear the audience chant during Knocked Up and watch the spotlights blind the crowd of 25-30yr olds who can't dance but certainly know how to chant a chorus and clap hands in unison...and then for Black Thumbnail in the finale, they all fuckin' went crazy on their instruments....sick...so sick. Other than that, they were pretty laid back and didn't talk to the crowd that much. Couple shout outs to the openers, and Caleb mentioned that Philly always "surprises the guys" with their enthusiasm.....Philly is Philly ya know....but they are going to ROCK MSG, I know it!!!

Did a video diary of the weekend...more to follow...

Posted by Tricky Mayan at 5:50 PM No comments:

My Whole Life Ahead of Me

Tricky Mayan
I strategically plan my food in portions so that I have just the right amount of mashed potatoes with corn, hot dog with bun, grilled cheese with pickle, etc.....I feel defeated if it doesn't work out in the end. I talk over people, use ellipses.....blush in susceptible situations, wait to talk, hover over toilet seats, give blood, and love animals.